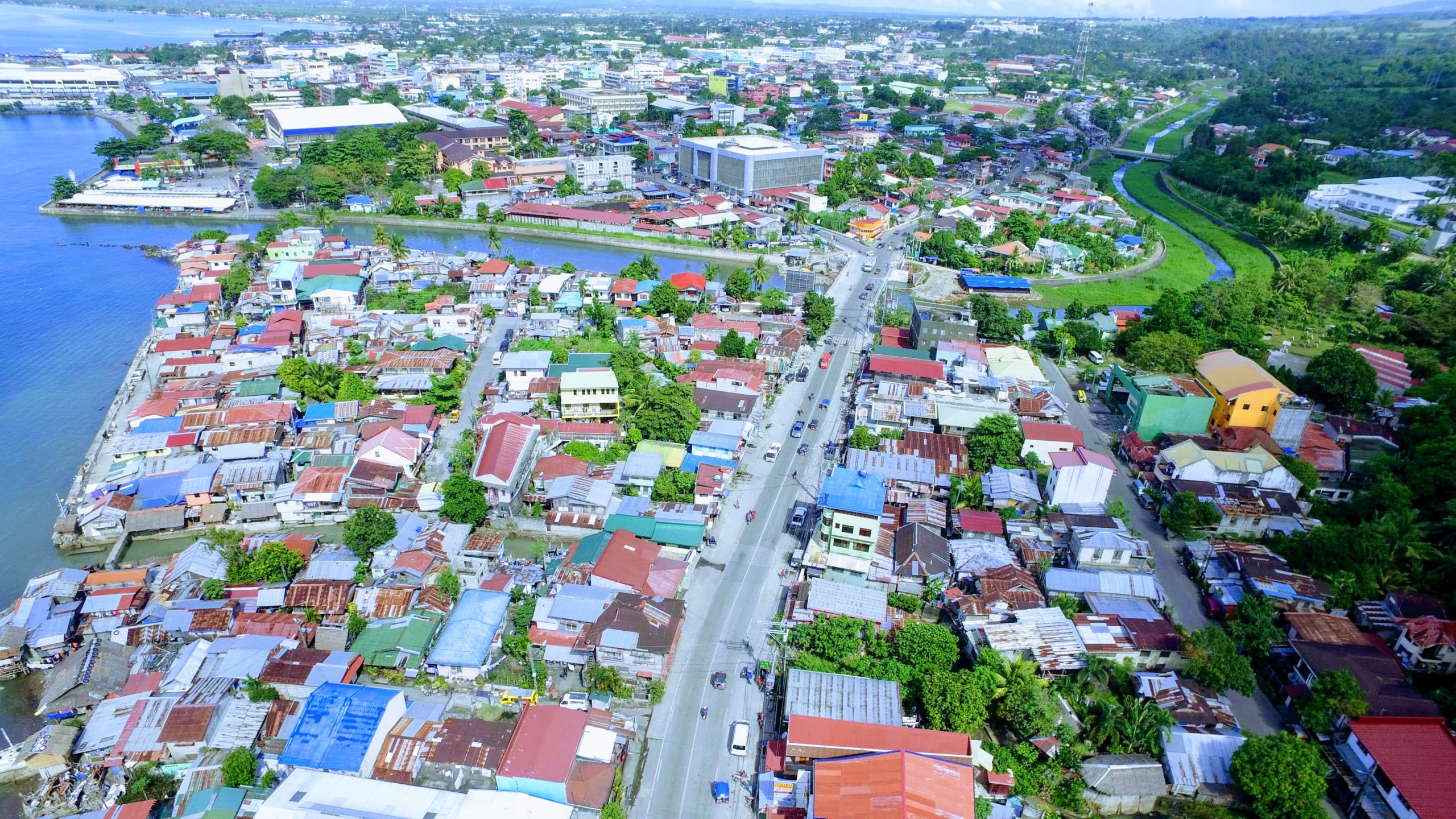 The Ormoc City Urban Waterscape is an urban design and climate adaptation project that aims to contribute to the city’s climate resilience. It is a part of the urban ecosystems-based adaptation strategy of Ormoc City to address flooding, urban heat stress, and storm surge that endanger fisherfolks, farmers, and urban dwellers. It will adopt natural, nature-based, and engineering- based design solutions at various scales that integrate the principle of sustainable water resource use.

The project is located in Barangay. Can-adieng in Ormoc City and focuses on urban upgrading and infrastructure and water management to address the negative impacts of flooding, storm-surge, and increasing urban temperatures on the area.

The project scope will include both banks of the lower Malbasag River and part of Brgy. Can-adieng, and will include the following interventions:
• Linear Parks and Open Spaces
• Sustainable Urban Drainage Systems
• Seawall and Buffer
• Socialized Housing

Asia and the Pacific

The main objective of the project is to help the vulnerable residents of the barangay/village adapt to the negative effects of climate change on their community. These effects, identified in the city’s CDRA, are flooding, storm surge, and urban heat stresses. Currently, the river wall along Malbasag River is the only facility that protects the area from flooding. There are no other facilities that protect the community from this, and other climate change risks. This project will address future negative consequences having a large impact on people’s health, safety, and property, should current climate change projections be realized.

General assumptions were made in the initial analysis of economic costs and benefits, including a construction period of two years or 24 months and an operating period of 25 years.

This climate adaptation project emphasizes rainwater as additional resource that can be harnessed. Capturing and eventual use of the water will lead to decrease in underground and above ground potable water extraction managing available supply for the city. The housing projects will increase the quality of life of the people with climate adaptive design and security of tenure. The natural and nature-based approaches will also add to healthy and green environment for the community. The project is a case that can influence project development and policy in settlements with the same conditions within the city and the region.

Adaptation from flood, storm surge, and urban heat will be achieved through socialized housing project that directly benefit 68 informal settler families or 293 people. This will also ensure adequate housing and security of tenure. The same adaptation on climate hazards are expected with the construction of seawall, parks, and drainage system that will directly benefit 917 people within the project site and the whole village population of 1, 856. The project as case study subject for replication can be implemented in 16 coastal villages in the city and other settlements in the region.

The rationalization of street networks (SDG 11.2) and development of pockets parks (SDG 11.7) designed to capture, store, and delay water will result to clean water in rivers and coasts (SDG 6.3, SDG 14.1) and improve public health in the site – reducing water-borne diseases and provision of spaces for physical fitness (SDG 3.4). The parks will be designed with spaces for vendors (majority of which are women) in the informal economy to augment income (SDG 1, SDG 8). The inclusion of tree covering in the parks will increase urban forest (SDG 15.1) and improve air quality (SDG11.6).

The socialized housing component is designed to capture water for non-drinking use decreasing underground water withdrawal (SDG 6.4) and serve additional source for hygiene and sanitation (SDG 6.2). Further, it is designed with a space to practice urban gardening to augment food sources (SDG 2.3). It opens the opportunity in designing resilient houses using local materials (SDG 11.c). This is expected to contribute in the retrofitting of the settlement to attain adequate housing and be more prepared for pandemics such as the case of COVID-19.

The project is designed (SDG 11.3) and decided with the community (SDG 16.7) with verifiable evidence on social acceptability and documented process of engagement.

The project is a good case of water resource management as climate adaptation and mitigation (SDG 11.b). It is a product of increased city capacity in urban planning and design that promotes participative climate action planning to forward resilience (SDG 11. 3, 13.1, 13.2, 13.b).

What are the key risks, constraints and dependencies related to the project?

Marginalized and Vulnerable Groups
High Risk. There is expected movement of the targeted informal settler families during the actual stage of project site development and housing construction. The impact of risk is moderate as the project has been communicated, agreed, and decided with the community. This impact has been anticipated and considered in project costing.

Devise options for the beneficiaries to access temporary dwelling during the project construction. This may include but is not limited to the following mechanisms – outright monetary assistance for rental fee, provision of temporary shelter, community member or family adoption, or staggered construction to manage temporary movement.

Involuntary Displacement
Moderate Risk. Temporal displacement of housing beneficiaries during the construction phase of the project is expected. This is negotiated with the community through the City Social Welfare and Development Office (CSWDO), using its intake forms, a manifestation of willingness to participate in the project. Secondary displacement may happen when there is disagreement between the beneficiaries and adoptive party, either landlord of rented unit or adoptive community/family.

Ensure that options are open for beneficiaries on which mechanism they will avail during this transition. Ensure that mechanisms of community-based policing and governance are still in place, especially during the transitory period.

Physical and Cultural Heritage
Moderate Risk. There is expected momentary disruption in the access to place of worship for the local residents and beneficiaries. However, this is negotiated with the community with the understanding that construction of the same is included in the community design.

Ensure the inclusion of place of worship as replacement of the existing to be affected by the project.

The project is included in annual investment plan of the city, the Enhanced Local Climate Change Action Plan of 2019-2030, while the approaches and strategies in climate adaptation are implemented to be aligned with the Comprehensive Land Use Plan 2017-2028.

The project is also included in the key infrastructure project to be supported by the National Economic and Development Authority with its Infrastructure and Utilities Committee in the region as per RDC VIII-IUDC Resolution No. 20, Series of 2020.

The current investment is the support in building the capacities of the city to develop climate risk and vulnerability assessment, local climate action planning, formulation of citywide adaptation plan and the initial development of the proposed project. These activities were provided by UN-Habitat Philippines under its project “Building Climate Resiliency through Urban Plans and Designs funded by the German government.

US$1,378,900 from city government during the construction phase.

The projects need to undergo full feasibility study with a comprehensive economic and financial cost-benefit analysis, with development of detailed engineering design studies. Financial structuring must be developed including the legal and institutional arrangement. A comprehensive implementation plan with environmental social safeguards must be developed aligned with the construction and implementation phase.

Building and legal registration of the homeowner’s association will be initiated.

Other Forms of Governmental Support

Technical support on the feasibility study and detailed engineering design.

Investors are required to conduct their own investigations, analysis, due diligence, draw their own conclusions, and make their own decisions. Any areas concerning taxes or specific legal or technical questions should be referred to lawyers, accountants, consultants, brokers, or other professionals licensed, qualified or authorized to render such advice.